I believe I’ve discussed my awareness of Trisomy 18 before.  Got it.  I’m aware.  It sucks.  And there’s not one thing you can do to prevent it from happening to your child.  I suppose that’s not the point exactly.  I suppose people could become aware that some children do live past their first birthday.  I’m sure awareness is also important in knowing that you do have choices in whether or not to proceed with your pregnancy after diagnosis.  Here’s where things get tough to discuss.  We chose to continue our pregnancy.  It actually wasn’t a choice.  I never considered termination.  But I understand those who do.   Many are pressured by doctors.  Many are told that’s what they should do.  Many think that’s their only option.  Many believe that is the most loving thing they can do for their child.  I empathize with the place they are coming from when they make that decision.  I know we made the right choice for our family.  And I will tell our story a million times and hope that it makes a difference to someone.  Which then leads to the choices that are made after your child is born. We chose hospice for Zoey. I fear that others will look upon us and think we didn’t do enough for our daughter.  Because what is that saying that goes around “your one job is to keep your child alive”?  Well that makes me feel like a complete failure. I have to remind myself that our story was not one of failure.  Zoey was loved every minute of her life.  Of course I would do anything for my child.   But sometimes that means letting go.  It is a decision I will wrestle with for all of my life.  But in my heart I know we chose what was best for our daughter.  And every other family does the same. I understand they may make different choices for their child.  If that means they intervene more.  If that means their child has surgery. If that means they spend time in the hospital.  If that means they just hold them for whatever precious moments they have. Parents are making decisions out of love.  Only they know everything about their child’s condition.  Only they know what choices they can live with.

Now on to Pregnancy After Loss Awareness Week.  No, I am not making an announcement.  But I am choosing to participate in one of their photo/writing projects.  Because even “trying” after our loss is different from when we tried to get Zoey.  I decided to participate because we’ve made it known that we are trying to get pregnant again.

Our little princess Zoey.  Blue eyes.  Soft little bunny feet.  The most amazing little person.  I am grateful for every moment I spent with that perfect little child.  There are moments I think my heart will cease to function from a broken heart.  I ache for her.  But I’ve never regretted having her.  I am on this path of “after loss” because of her.  And I so wish I wasn’t for so very many reasons.  If she was here we likely would not be trying for another child.  I only wanted one. I only wanted her.  It’s something I struggle with.  Because it makes me feel like we’re trying to replace her.  And as much as the rational side tries to beat that into me, it still slips in.  In the end, if it is not meant to be and we just have Zoey—she is enough.  I will always have her. I’ve never felt courageous.  Not while I was pregnant and not now.  I’m terrified.  I am scared of what getting pregnant would mean—the anxiety. We tried so long for Zoey only to have her ripped away from us.  We found out so early in pregnancy that I don’t know what it’s like to just be pregnant.  Because every moment of my pregnancy I was scared I was losing her.  Every appointment with my doctor I thought that would be the one when they told me she was gone.  Going in for my induction was not the normal anxiety I’m sure other moms have.  The possibility was so very real for us that we could be coming home with empty arms.  And there are moments I think we are absolutely insane for wanting to go through this again.  The fear of losing again.  I know that’s a real possibility.  So no I don’t feel courageous.  I’m scared of getting pregnant.  And I’m also scared of not being able to.

But this prompt was supposed to be about why I am a courageous mama.  If I really look at it, I suppose courage doesn’t have to display itself with a roar. It can come when I don’t think I have the strength to keep going, but take a step anyway.  In the dark moments when I don’t understand any of this.  But believe in hope anyway.  And I do still believe in hope.  And I believe in love.  And I believe both are worth the risk. 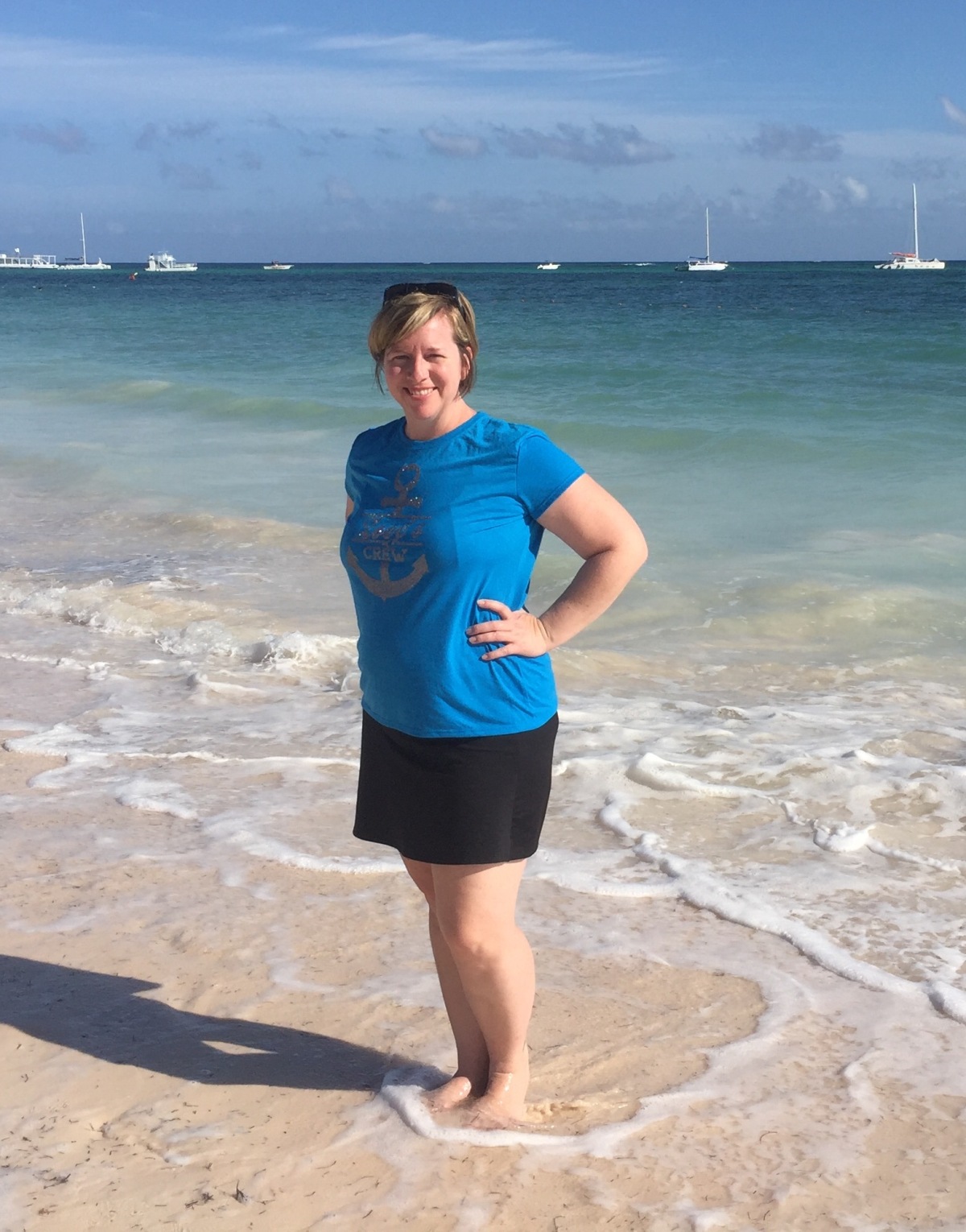